Over 108,000 professionals from more than 2,300 companies participated in 2017 exhibition. From Connected cars, virtual reality, new smartphones and nifty app ideas, to robotics and 3D printing solutions were on display. There was an incredible showcase of technologies and platforms such as VR/AR, drones, and artificial intelligence spaces. The industry is under continuous transformation to embrace opportunities and challenges ahead.

5G: From revolution to evolution

5G evidently dominated MWC 2017. Connected vehicles, drones and robots filled the exhibition halls showcasing the 5G evolution. The attendees, technology enthusiasts, business prospects and almost everyone at the event were keen about the promising next gen technology.
5G will change the way mobile works and how it is used. The impact of this technology will spread far beyond greater speeds or higher throughput. 5G will enable newer services that demand reliable, high-bandwidth data to work — everything from remote-control surgical robots, connected cities to autonomous vehicles. From technology standards to use cases, MWC this year had a seemingly clear sense of progress around 5G. In order to cater to the investment challenges in the 5G space the focus was kept clear, collaboration between operators and government organizations. Also, co-operation with other industries deriving benefits from 5G deployment is imperative. Devices makers, NEMs and Operators were full of demos to convey the benefits 5G would bring in to the lives of people.

The concept of autonomous cars was one of the major highlights of the event this year. Many keynotes and displays showcased the electrification & connectivity-related innovations in the automotive industry. Connectivity now tops the list of the end user’s purchasing criteria, was a common concord. Consequently, 5G connectivity is vital for mass-market success of the businesses as higher levels of autonomous vehicles are on track to be realized in the next couple of years.
The mobile data network is at the heart of the autonomous vehicle. Precision navigations, low latency, always-on, advanced driver assistance and fail-proof are just some of the key requirements for cars. Managing the transition from manually driven cars to autonomous, and preparing the infrastructure to facilitate this technology will be a lengthy challenge. Fully autonomous vehicles are likely to hit the market in the next decade, although there was no clarity on when exactly will this happen. While some OEMs expect them to arrive by 2021, others anticipate not any sooner than 2030.

Virtual reality (VR) was ubiquitous to MWC 2017. Many stands showcased their VR and augmented reality (AR) technology. With a wide range of headsets already available and gaming being the primary use case for consumer VR/AR, there was a much greater amount of content related to commercial VR and industrial AR at the event.
Besides their role in home entertainment, the VR/AR potential in industrial applications was the primary focus of many companies. The increasing use of VR apps to supplement education and training in a variety of fields such as surgery, engineering and aerospace was highlighted. How will AR enable real-time connection between remote experts and a field service engineer in remote maintenance was another interesting observation. The industrial AR challenges were addressed by defining the focus areas. Unlike smartphones, AR can sideline the touch interface and emphasize more around use case, hardware, security and interaction.

As vendors sought to promote IoT’s role in industrial transformation, the MWC narrative this year shifted from showcasing consumer applications to enterprise and industrial use cases. Since the industry is at the verge of merging operational technology systems and enterprise IT, a multitude of challenges stand up against fragmentation, replicability and its high deployment costs and concerns, lack of interoperability across multiple standards and platforms, security and identifying business models and RoI.

Enhanced business efficiency, better visibility into company operations and scope for greater innovation are some clear benefits of mapping IoT into an industrial setting. Meanwhile, GE estimates that over the next 15 years, a 1% improvement in industrial productivity could account to $10–15 trillion addition to the global GDP*. All these figures point to the industrial IoT aptitude. However, tech giants must adopt a proactive approach to address vital IIoT issues around data privacy, security and interoperability. 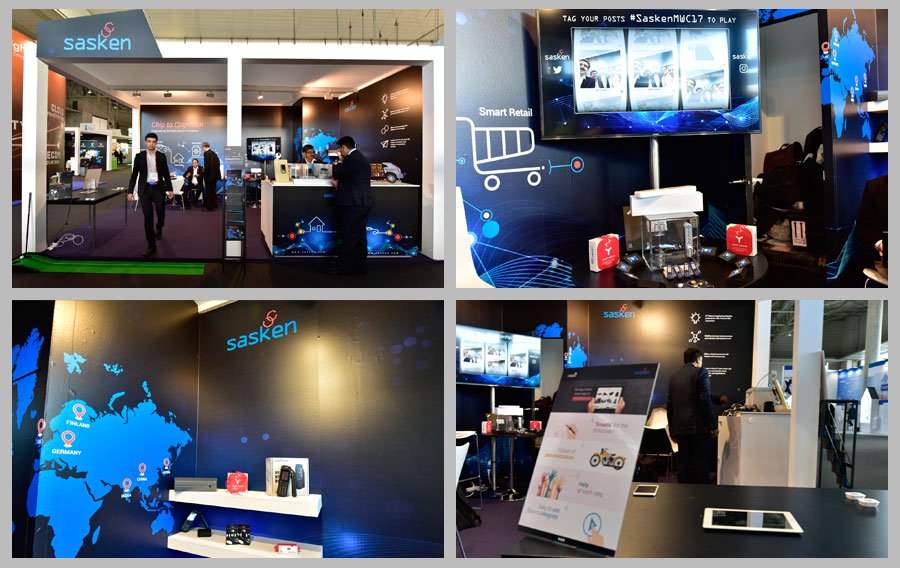 One of the central themes at MWC, Big data, underpinned smart cities, IoT and AI. With the last two years witnessing about 90% of all global data generation and IoT devices expected to grow to 27 billion by 2020*, big data opportunities are immense. Nevertheless, the key challenge still remains to ensure data harmony. Regardless of manufacturer, measuring data points from similarly purposed devices via a single model, vertically and horizontally across sectors, to support the platformization and growth of big data use cases.

The event demonstrated the successful use of big data within the boundaries of AI ecosystems and data-capture devices. Prior to data being stored and analyzed on organized platforms with common standards, APIs and endpoints, templates and clearly defined models were in place. This permits efficient data processing by developers and service providers, leaving no scope for technical barriers. This also allows speedy development of services that rely on big data processing.

Sasken’s play in the ever-evolving world of technology

With the human race stepping into a world of possibilities fueled by cognitive technology, Sasken has been at the helm of enabling technology that touches and betters lives. Sasken’s depth in embedded and connectivity technologies will definitely put us in a sweet spot with the customer conversations we are having across segments to be their engineering partner to deliver integrated solutions. The market is expecting partners to bring in readily available IPs in some of the segments related to 5G, SDNs, VR, Telematics and Infotainment.

For over 27 years, Sasken has enabled customers to build cutting-edge solutions that have been breakthroughs in their respective markets. Sasken is working with leaders in the IoT ecosystem to enable cognitive technologies that help define the world of tomorrow in areas such as car, home, wearable and devices, industrials, and retail. We are confident that this event will serve as the right forum for knowledge sharing with peers and customers alike while we discover path-breaking technology trends that will redefine our scope for the future.”

Want To Know More About This Topic?